Home » Around The Park » The Bridge 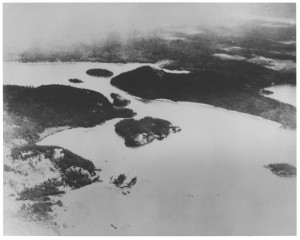 without the bridge.  But until 1935, the gap between Fidalgo Island and Whidbey Island could only be crossed by boat. 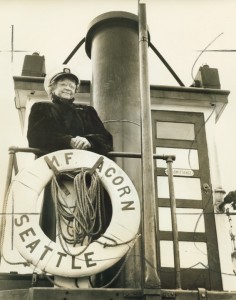 Although she was barely five feet tall, Berte Olson was a force to be reckoned with.  To many she was known as “Little, but Oh My!”  For many years, Olson fought to prevent the construction of the bridge, even persuading Governor Ronald Hartley to veto a bill funding the construction of the bridge that had passed the state legislature unanimously.

“Do you suppose the island roads, congested with traffic, will invite the outdoor advertising companies to erect their billboards? Will these winding highways of dignified rural beauty end in a sacrifice to the brazenly flaunted values of clothing, cigarettes, and gasoline?” 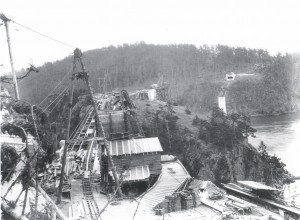