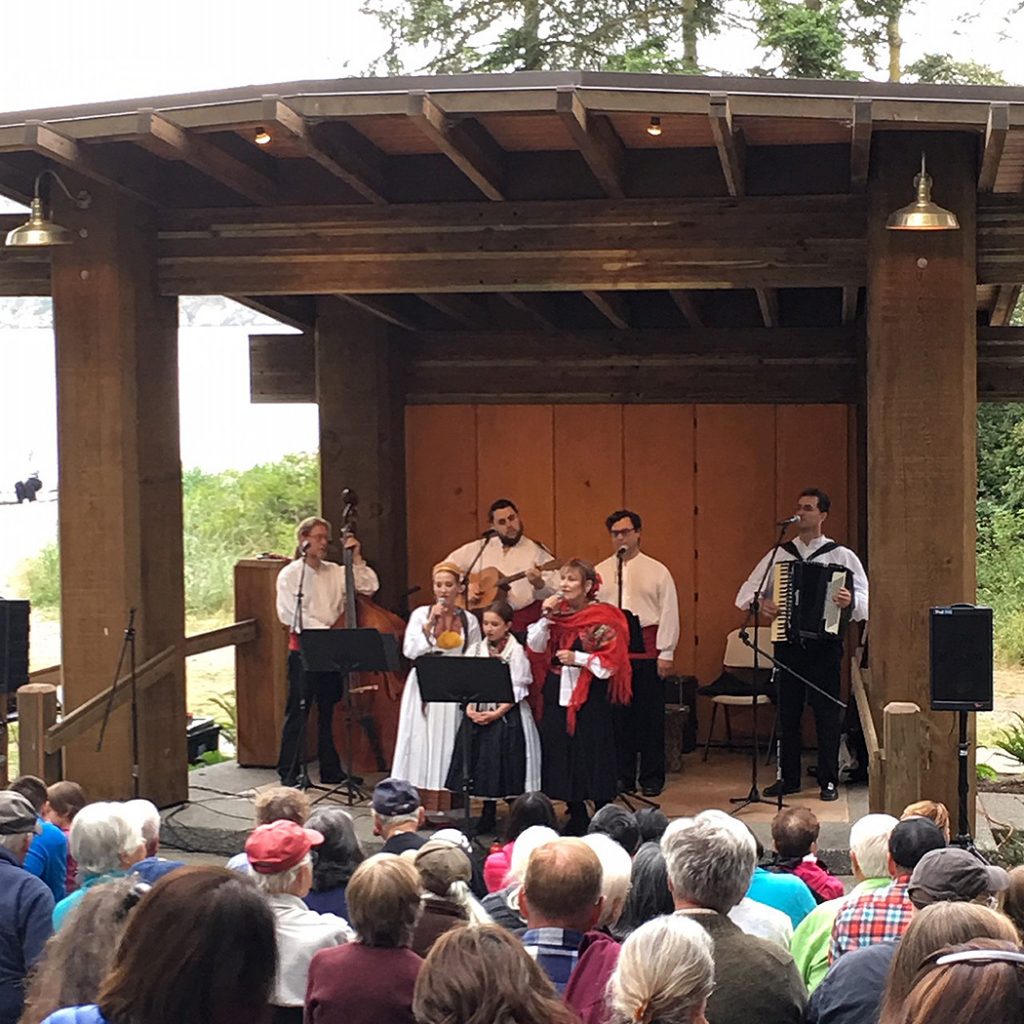 The summer lineup is as follows:

July 10 — Trío Guadalevín Named for the ancient river gorge that divides the city of Ronda in Andalusia, Trío Guadalevín explores the roots that bind the Americas with Southern Europe, the Maghreb and West Africa. These roots stretch across the ocean and intermingle Indigenous, African, Arabic and European cultural expressions.

July 24 — Briar
Briar sings vintage jazz, blues and original music. Her songs and stories shine a light on singers and tales that have been forgotten by the country that created them. Raised in Chimacum, Wash., Briar uses music to explore her unique background as a Black woman from the rural Pacific Northwest. Briar will be accompanied by JoeBanjo.

July 31 — Miho & Diego.
This duo has been boldly blending Latino, Japanese and American musical traditions since 2006. Both accomplished musicians, Miho Takekawa and Diego Coy discovered their sounds could be combined to make something new and unique. The title of their debut CD, “Quenarimba,” combines the names of their primary instruments, the quena, a traditional Andean flute, and the marimba.

August 7— Gretchen Yanover
Locally grown cellist Gretchen Yanover began playing cello in Seattle public schools. She was immersed in the world of classical music until her college years, when she expanded her range to include playing in bands. Once she was introduced to a loop sampler, Gretchen found a new voice for her instrument. She began to improvise and compose in this context, creating her own instrumental atmospheres and melodies. She has four solo albums to date.

August 14 — La Famille Léger
This French-Canadian family band was born of a time when family and friends would gather in the kitchens of Québec and New Brunswick to make music and dance. The Légers play the dancing music of Acadia and French Canada with fiddle, accordion, guitar, and podorythmie (foot rhythms). This proudly “old school” family band will have your own family dancing and joining the fun. @LaFamilleLeger

August 21 — En Canto
A multi-ethnic female-led sextet, En Canto is Seattle’s only Forró band. Forró music is a combination of multiple Brazilian rhythms including baião, xote and arrasta-pé. The word refers to both the musical genre and the accompanying partner dance where it is played. En Canto shows are exuberant sonic journeys with swirling Brazilian rhythms. The sound is fueled by twin accordions and with jazz backgrounds. The group brings the Pacific Northwest a rare link between old and new Brazil.

August 28 — Coty Hogue Trio
Originally from Montana, Coty Hogue is a singer and multi-instrumentalist rooted in the acoustic Appalachian folk tradition. Alice Gerrard (of Hazel and Alice) has called her “an impressive young talent.” Performing with her trio featuring Kat Bula and Aaron Guest, Coty focuses on tight three-part harmony with banjo, guitar and fiddle. She has released three albums and been featured on BBC radio and? Sirius XM satellite radio.

About the Folk and Traditional Arts Program

The American Roots Music Series is part of a broader series of events celebrating Washington’s diverse cultures presented by the Folk and Traditional Arts Program, with funding provided by grants from the National Endowment for the Arts as well as support from the Washington State Parks Foundation.

For more information about the Folks and Traditional Arts program, including upcoming events, visit: http://parks.state.wa.us/folkarts, or contact Makaela Kroin, Program Coordinator, at Makaela.Kroin@parks.wa.gov or (360) 902-8635.