History of the Park

After Washington became a state, the land around Deception Pass was allocated and used by the military. After World War I, the War Department intended to sell the site to private developers.  After various protests, negotiations and agreements, the land was committed to the State of Washington March 23, 1922.  President Warren G. Harding signed and transferred the nearly 1800 acre reserve  for state park purposes.  The agreement stated that the land was “dedicated to the uses and pleasures of the people forever.”   The State Parks Committee accepted the tract as a state park on April 17, 1922 and formal proceedings and speeches in July made it a reality during which the Anacortes Chamber and Island County Farm Bureau held an inter-island picnic at “the picnic grounds of the park.” (either at today’s Cornet Bay or East Cranberry Lake)

At this time there was no funding, management, or facilities even though the area was regularly visited.

Deception Park State Park’s history is deeply rooted in the Civilian Conservation Corps (CCC).  Created by Franklin D. Roosevelt during the Great Depression, his program was put in place as a strategy to help rebuild the nation. The CCC’s work in Deception Pass State Park was imperative to the Park’s success. Before corps-members arrived to start any kind of work, the area was still regularly visited without the accommodations we are used to today. Since there was no Park staff, the work was planned and supervised by the National Park Service.

Two camps were established, one at Cornet Bay on the south side of the Pass and one at Rosario Beach on the north side. Once the camp

areas were cleared and fully operational, the corps-members began working on the surrounding Park projects. The structures built followed a non-intrusive ethic that had a naturalistic or “rustic” design. The park planners wanted structures, trails, and benches to blend in as much as possible. The plans they developed called for the focus of activities to be at the beaches and North Beach in particular. When you visit today you will see these areas of focus have changed a little. Most obviously is the obsession with the Deception Pass Bridge. 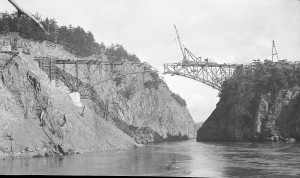 Strangely enough, the Deception Pass Bridge was never a part of original Park plans but with funding through the Works Project Administration the bridge would be built. The CCC camps were responsible for building the roads leading to the bridge from both sides. It is remarkable how much this bridge impacted the area. On the day the bridge was dedicated, July 31, 1935, 700 cars passed over the bridge. Today, approximately 20,000 cars cross the bridges each day!

More about The Bridge

It’s hard to imagine Deception Pass without the bridge.  But until 1935, the gap between Fidalgo Island and Whidbey Island could only be crossed by boat. 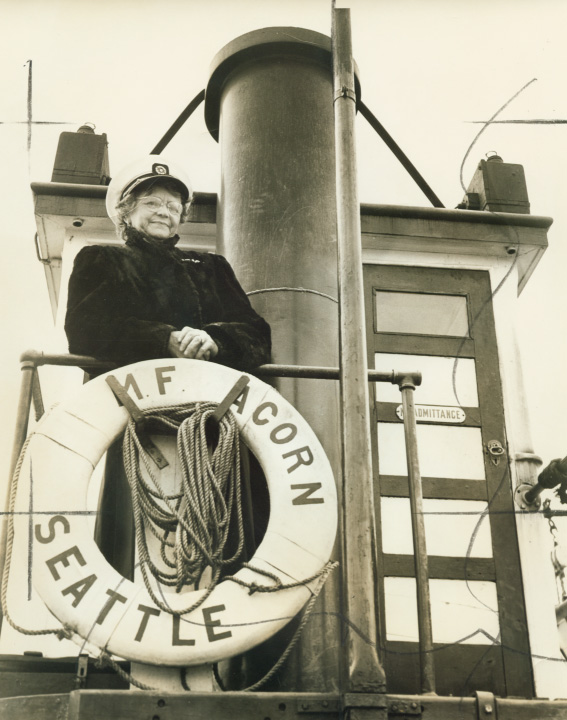 Do you suppose the island roads, congested with traffic, will invite the outdoor advertising companies to erect their billboards? Will these winding highways of dignified rural beauty end in a sacrifice to the brazenly flaunted values of clothing, cigarettes, and gasoline?” 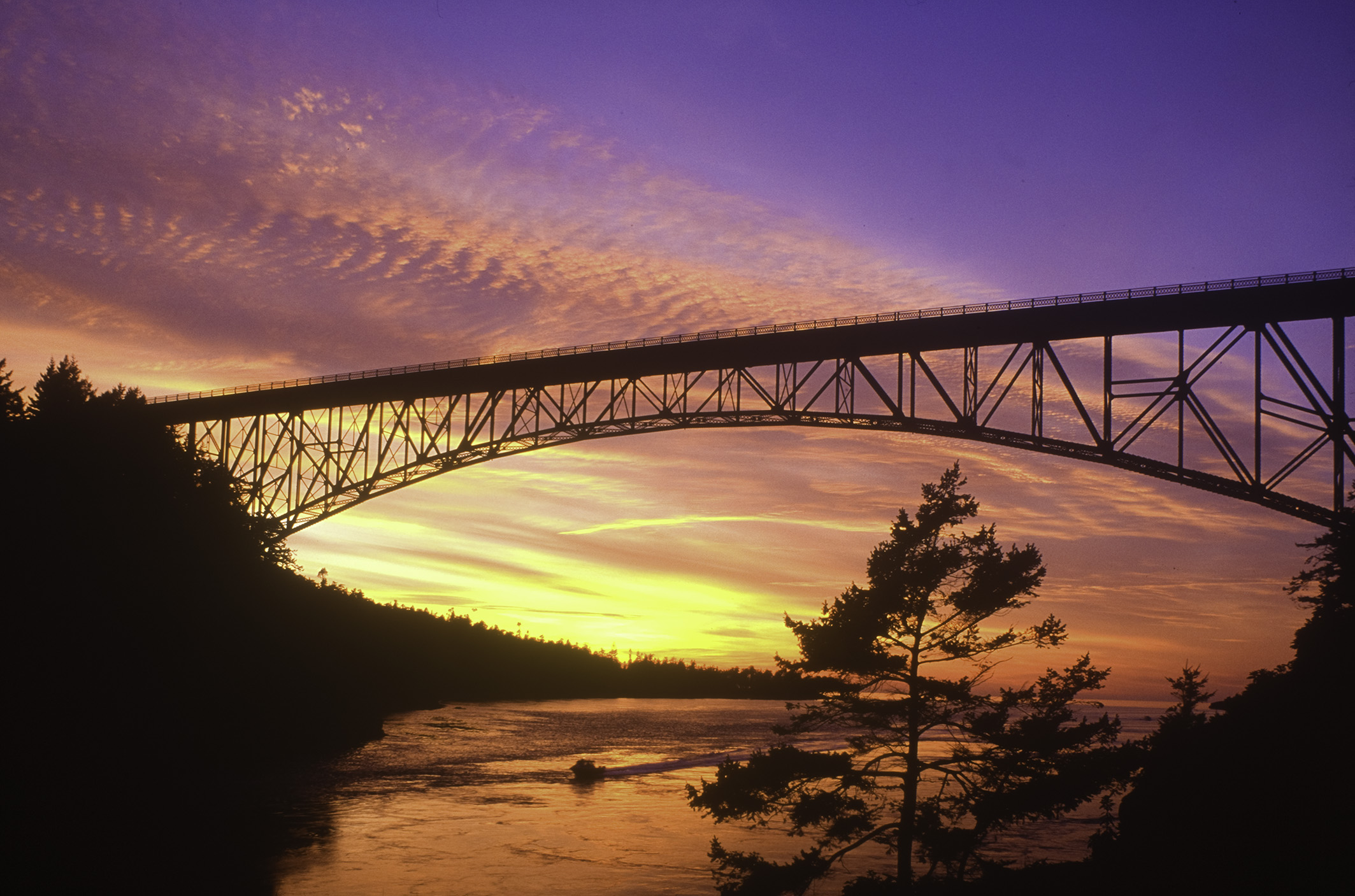